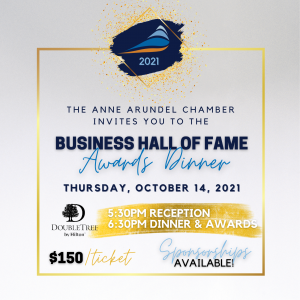 In addition to his leadership positions, Dr. Johnson was a professor of civil engineering and the Dean of the College of Engineering, Architecture and Computer Science at Howard University. He was also the Director of the National Center for Environmental Research for the Office of Research and Development at the US Environmental Protection Agency.

He earned a Bachelor of Science degree in Civil Engineering from Howard University, a Master of Science degree from the University of Illinois and a Doctor of Philosophy in Applied Sciences from the University of Delaware. He has published more than 60 scholarly articles and is the recipient of the National Society of Black Engineers and the 2005 Golden Torch Award for Lifetime Achievement in Academia, among other national awards.

Senator Beidle has served the citizens of Anne Arundel County as an elected official for over 20 years.  She was elected to the County Council in 1996, serving two terms.  In 2006, she was elected to the House of Delegates where she served  until 2018 when she was elected to represent the people of the 32nd District in the State Senate.  During her time as an elected official, Senator Beidle has served on many different committees and advisory groups that dealt with issues that are of great importance to the citizens Arundel County.  She is currently a member of the Senate Finance Committee, Joint Committee on Gaming Oversight, the Joint Committee on the Management of Public Funds and the Spending and Affordability Committee.

In addition to her legislative work, Senator Beidle has volunteered her time to be a member of many community groups and was a small business owner as the President of the Beidle Insurance Agency from 1979 to 2017.  She has served as a Board member for the Anne Arundel Economic Development Corporation (AAEDC), Leadership Anne Arundel, the Anne Arundel Federal Savings Bank and the Hospice of the Chesapeake.

Senator Beidle’s Anne Arundel County roots run deep as she is a graduate of Archbishop Spalding High School, earned an Associate Degree from Anne Arundel Community College and a Bachelor of Science Degree in Business Administration from Towson University.

Elizabeth moved to Annapolis in 1981 where she owned and operated several small businesses including a graphic arts firm, a retail store, and a health and wellness consulting company. While those business interests were quite diverse, Elizabeth always believed in “giving back” to the community so she volunteered to serve on several non-profit boards including London Town, the Key School, and the Maryland Social Services Board. She eventually became the President of the Friends of the Light House Shelter Board in 2004.

It became apparent that Elizabeth had a special place in her heart for the Light House Shelter and helping the less fortunate homeless population in Anne Arundel County. She became the Executive Director in 2011 and provided a great deal of vision and dedication that included a very successful fund-raising effort known as the “Campaign for Shelter” which raised over $8 million and resulted in the development of a 24,000 square foot facility.

In addition to housing solutions, the Light House Shelter, under Elizabeth’s leadership, developed several unique programs to address this issue of homelessness with employment training services and social enterprises such as the Light House Bistro, a restaurant with a housing facility upstairs.

She attended Vanderbilt University in Tennessee and earned a degree in Philosophy and English.

Carter has over 30 years of experience serving businesses and organizations throughout Anne Arundel County. In 1984, Carter formed Hammond & Heim which lead to the establishment of Heim Associates in 1995 and eventually became HeimLantz CPAs and Advisors.

It has always been Carter’s focus to bring innovative planning for businesses and their owners. He specializes in integrating various disciplines to serve clients and brings much more value than a typical accounting firm.  He applies the expertise he has acquired from his work with income taxation, estate taxation, business valuations, as well as business and financial planning.  In addition to running his own company, Carter has been a very active leader in the accounting profession. He is past president of the Maryland Association of Certified Public Accountants and served on the Board of Directors of the American Institute of Certified Public Accountants.

Karen started with the hospital in 1987 and has been vital part of the University of Maryland Baltimore Washington Medical Center’s growth and its recognition as a top-notch medical facility. In January of 2021, Karen retired as CEO after twelve years as CEO.

During her tenure as CEO, the hospital greatly expanded its obstetrics, behavioral health, cancer, critical care, and surgery programs. In 2009, the Pascal Women’s Center, which expanded obstetric care opened along with a new building, adding 111 private patient rooms to the hospital.  She also oversaw the completion of a $31 million surgical suite expansion, launched a new electronic medical record system, opened new nursing units, constructed a second state-of-the-art endovascular suite, and increased the number of inpatient beds to the behavioral health and labor and delivery units.

Aside from the new construction and equipment, Karen is most proud of the recognition the hospital received for the quality of care provided to the patients at UM BWMC. The hospital has been honored by organizations such as the American Heart Association, US News & World Report, the Maryland Patient Safety Center, and the Leapfrog Group for its delivery of safe, high-quality care. Karen’s leadership and dedication to providing compassionate and high-quality medical care to the community has greatly improved the quality of life for all Marylanders.